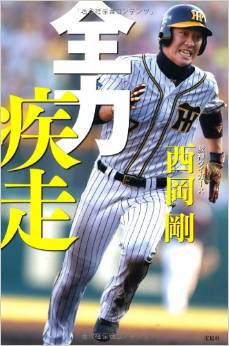 It seems odd for an athlete to write an autobiography mid-career. Can he really have anything of worth to say before his legacy has been established? Is he that full of himself, that he thinks people will want to read his ramblings on various topics? Is there wisdom in his words? Is his story compelling enough to capture hearts? Why should I read the words of Tsuyoshi Nishioka, oft-injured, occasionally brilliant, but mostly known in the west as the Minnesota Twins’ failed second base experiment?

The fact is, Nishioka is not the most educated man. He says so himself in his writing, admitting he never studied in high school and spent the vast majority of his childhood practicing baseball religiously. Let’s not kid ourselves – he will never become an author after his playing days are over. He does, however, articulate himself reasonably well and comes across as someone who spends a lot of time in reflection.

To summarize briefly, the autobiography focuses on four major “turning points” in Nishioka’s life: his failure to get into PL Gakuen (renowned baseball high school), his time with the Chiba Lotte Marines (including three nominations to national teams), his short stint in the major leagues, and his return to Japan to play with the Tigers. Each stage of the journey comes with successes and failures, as well as the lessons he learned through them. Most surprising of all was his troubled 2009 season, during which he struggled mightily at the plate and in his personal life. He even admits to having had an addiction to sleeping medication and major bouts with depression. As fans of the man know, he turned things around in an incredible way in 2010, posting career highs in almost every category, and leading his club to its second national title during his tenure there.

The greatest thing I got out of this book is that Tsuyoshi Nishioka the athlete and Tsuyoshi Nishioka the man are quite different. He is quite fragile, quite humble, and above all feels a strong desire to be needed. The phrase comes up time and again in the book, as each major rejection was a result of “not being wanted” (by PL, the Twins, etc.) and “feeling needed” (by Osaka Toin, the Hanshin Tigers, etc.).

I started the book somewhat skeptical, but ended it more of a fan of the man. Though written before his injury-shortened 2014 season, he definitely exudes a strong desire for greatness — not personal accolades, but team glory. Here’s to hoping the words he wrote in this book will come to fruition in 2015 for the Hanshin Tigers. While not the most intelligently written book I’ve ever read, even by an athlete, it was a quick, fairly easy and enjoyable read.